The below should cover the following criteria for this section of the exam:
In the below steps, it should be noted I am not going to say click this n that, I will give a general overview but you will need to fill in the gaps with your knowledge of Azure.
Configure Universal Print
Universal Print (UP), which is currently in preview (as of todays date), allows us to completely manage all our printers (that are compatible) via Azure. It comes with pretty much every subscription you can think of that most companies would be running with. see below:
According to MS, you can have UP on its own but it will require a AAD, which is not included with the standalone license for UP.
UP is available in the following regions:
I would imagine that the exam will want you to know at least a few of the subscriptions and regions detail, and I wouldn't be surprised if it tried to catch us out with the standalone licensed. Obviously, once I have gone through the exam, I won't be able to confirm this but I'm guessing its gonna be in there.
A few docs to read up on.
So looking at the above links, there are some prerequisites for UP:
So lets configure the Printer Administrator role for someone. 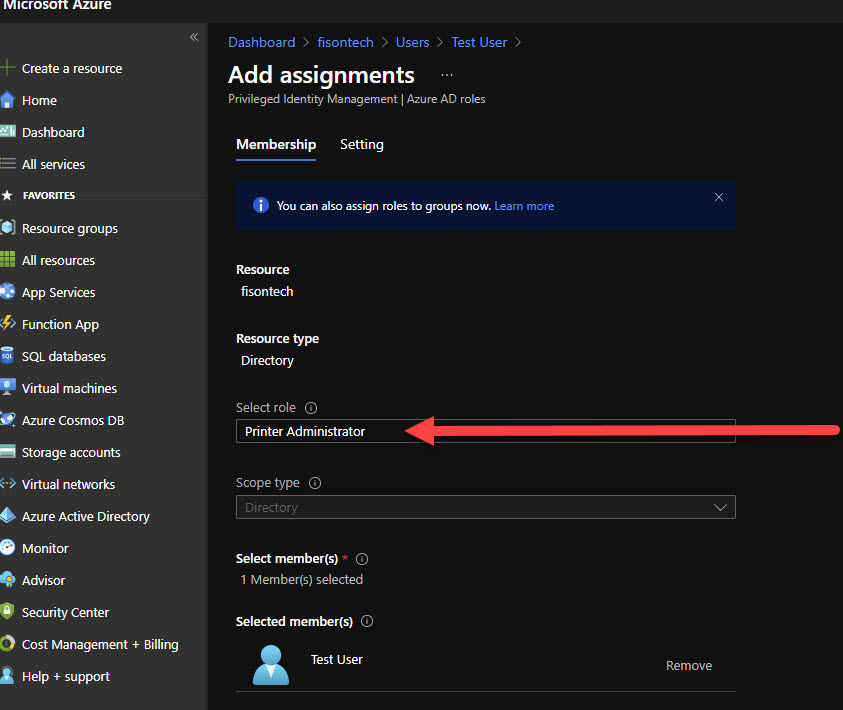 A few things to note:
It doesn't work with most printers out the box right now (as its so new - in-preview etc.)
The connector/proxy helps facilitate this, see below link.
https://docs.microsoft.com/en-us/universal-print/fundamentals/universal-print-connector-overview
I would suggest not installing this service on a critical server like.. oh say a DC.
However I will in my test environment, but I assume best practice is not todo this!
Download from https://aka.ms/UPConnector onto the box you're using, note this needs to be on 24/7.
I've installed it, used my tester account and created a connector as below and got an error. 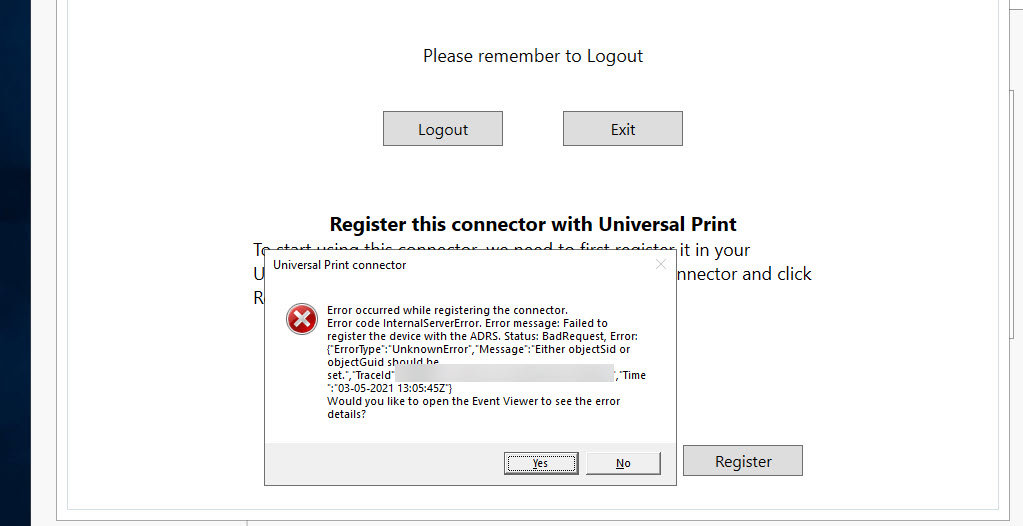 Unfortunately, it looks like UP is getting absolutely destroyed at the moment so I am getting random errors like the above.
In addition the official open discussions is reporting all kinds of issues so I'll come back to this one after I have gone through the rest of the modules.
https://techcommunity.microsoft.com/t5/universal-print-discussions/bd-p/UniversalPrintDiscussions
Also, I don't have any printers to add at home so this is a bit tough to test out.

Configure persistent and non-persistent desktop environments
We can con figure how our users get desktops, be this do they log into the same machine each time or do they get a random machine from a pool?
In the default setting, its set to automatically pool users, however in my environment I only have 1 machine (multi-session) so this setting is a bit useless for my environment.
However a simple reason you might want someone to have a persistent desktop is maybe a developer who uses specific applications that's niche to the environment, maybe they have a specific hardware requirement vs someone who performs data entry you probably would only consider those users for a pooled environment.
It's probably important for the exam to know the differences but also the powershell commands in the following guide.
https://docs.microsoft.com/en-us/azure/virtual-desktop/configure-host-pool-personal-desktop-assignment-type?WT.mc_id=modinfra-17152-thmaure
Configure Remote Desktop Protocol (RDP) properties on a host pool
In the hostpool section of our WVD solution, we can change how the RDP acts based on the boxes we tick, generally it can be assumed the defaults should be enough but there may be further tweaks required for certain environments. 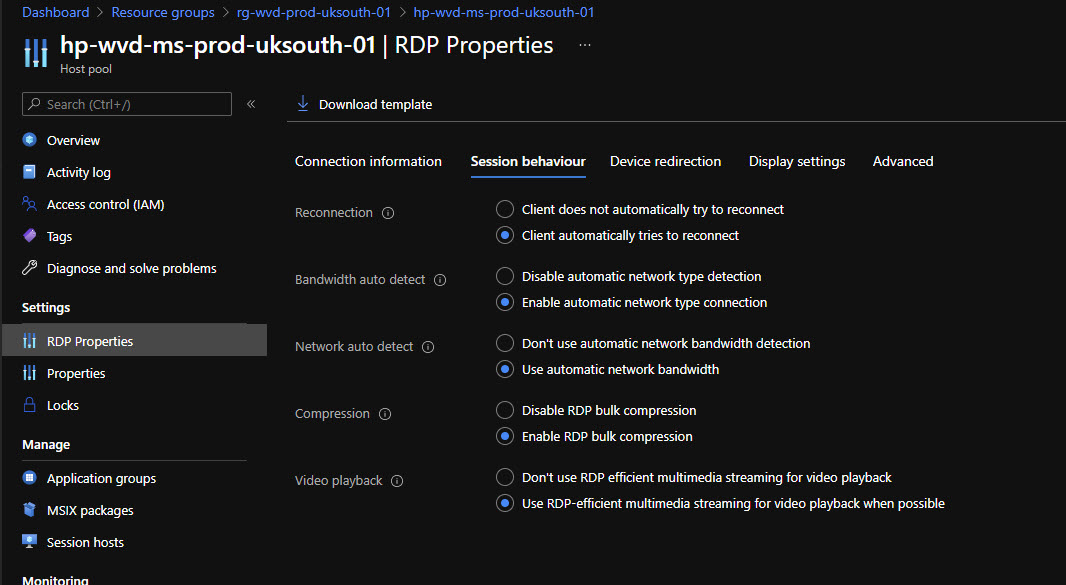 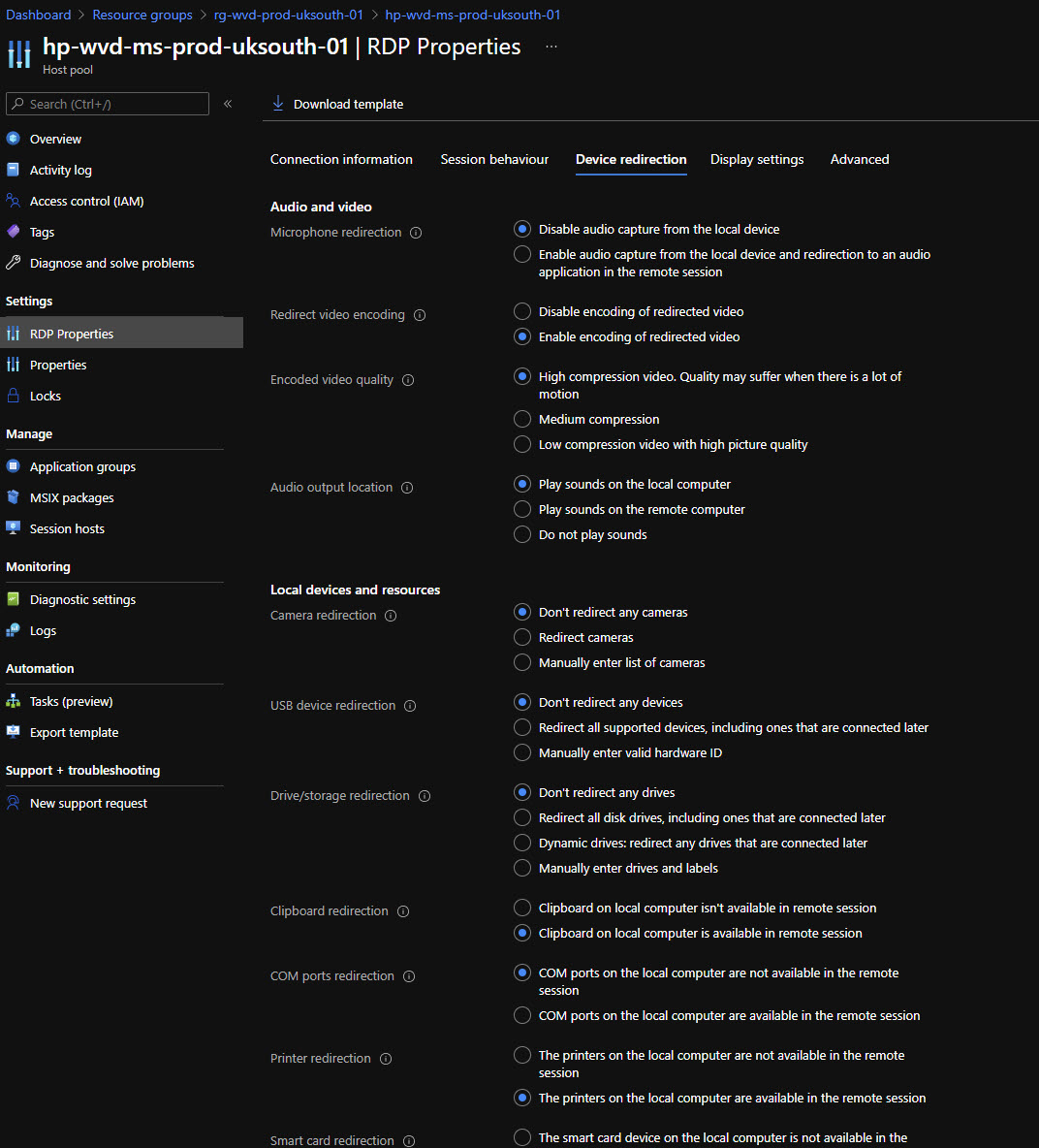 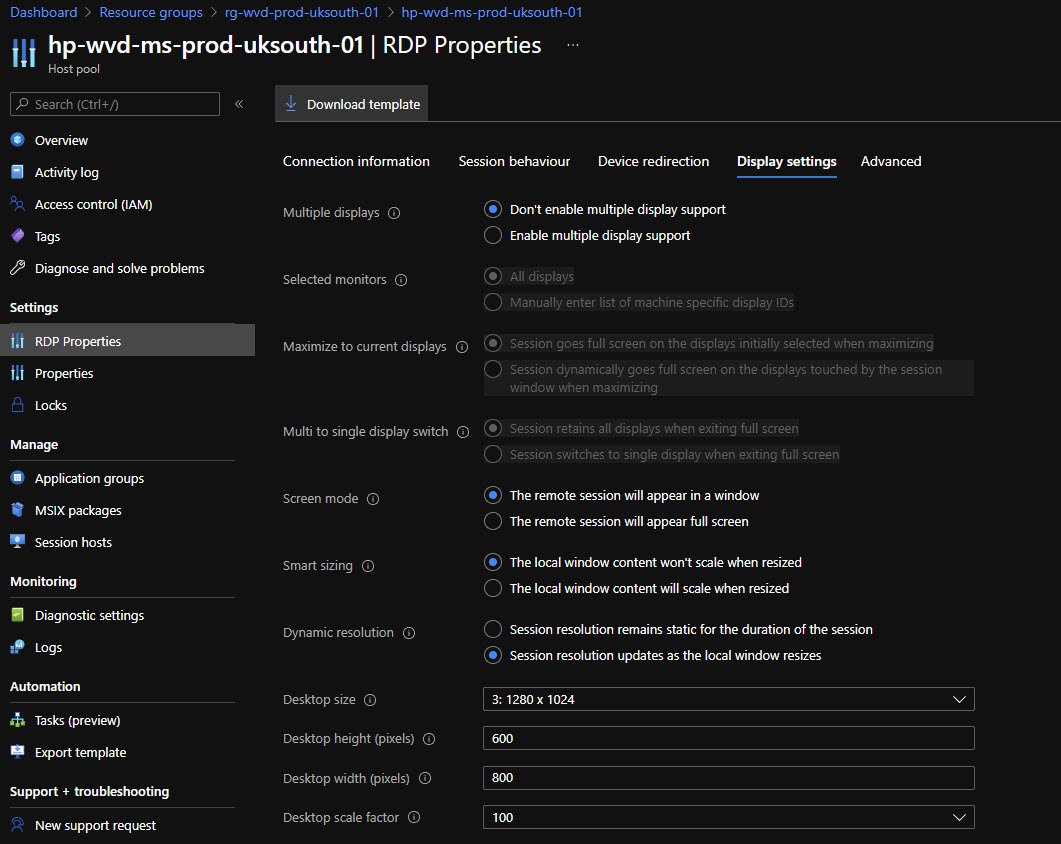 Section 3: Manage Access and Security (10-15%) Manage Security The below should cover the following criteria for this section of the exam: Plan and implement Conditional Access policies for connections to Windows Virtual Desktop Plan and implement multifactor authentication in Windows Virtual Desktop Manage security by using Azure Security Center Configure Microsoft Defender Antivirus for session hosts In the below steps, it should be noted I am not going to say click this n that, I will give a general overview but you will need to fill in the gaps with your knowledge of Azure.
Read more

Section 4: Manage User Environments & Apps (20-25%) Implement and manage FSLogix The below should cover the following criteria for this section of the exam: Plan for FSLogix Install and configure FSLogix Configure Profile Containers Configure Cloud Cache Migrate user profiles to FSLogix In the below steps, it should be noted I am not going to say click this n that, I will give a general overview but you will need to fill in the gaps with your knowledge of Azure.
Read more