Install and configure apps on a session host

The below should cover the following criteria for this section of the exam:
Disclaimers:
Configure dynamic application delivery by using MSIX App Attach
MSIX App Attach is in public preview as of todays date.

Essentially, what MSIX App Attach allows you to use existing MSIX packages in WVD environments.

What's cool about this is a few things:

See: https://docs.microsoft.com/en-us/azure/virtual-desktop/what-is-app-attach
What's needed for MSIX in WVD?
The following from MS outlines the requirements:
So first I need to get myself access to this preview of MSIX. 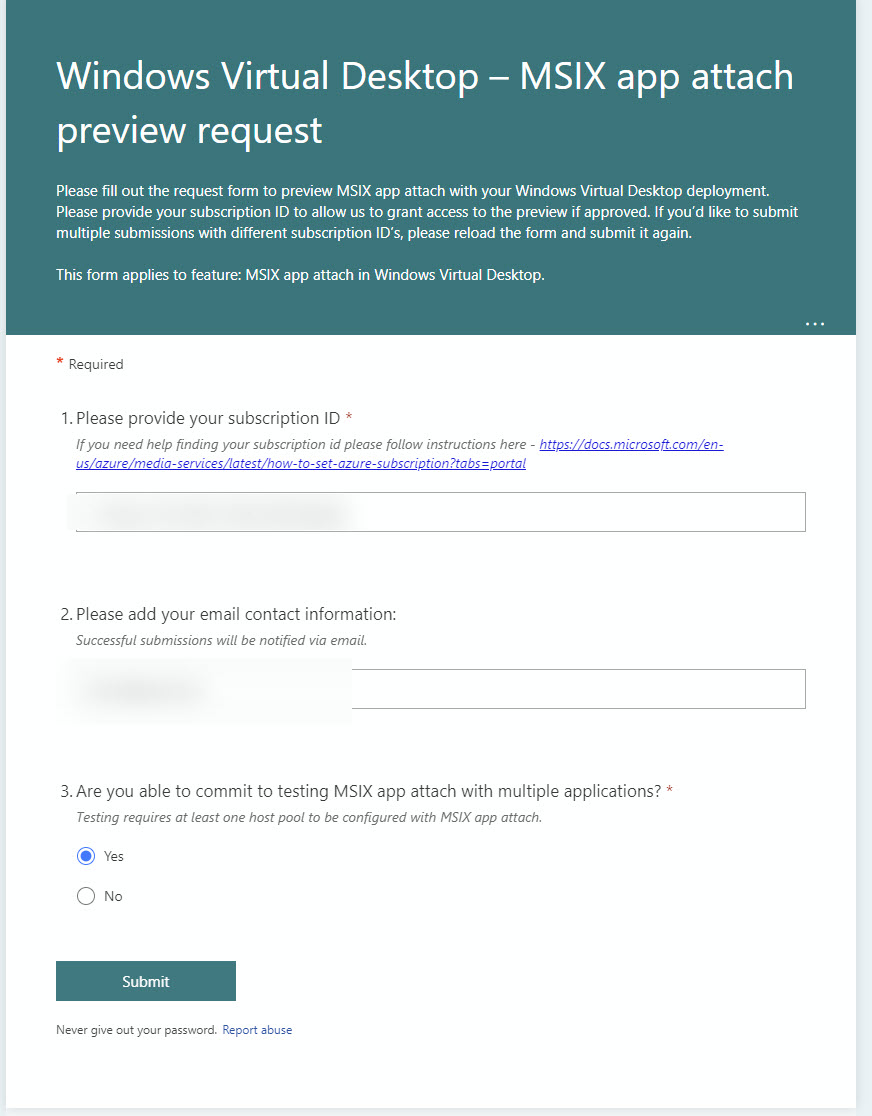 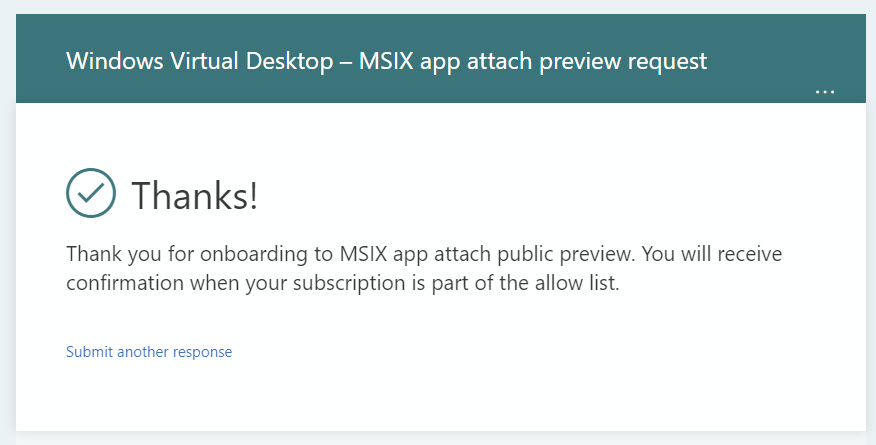 Now, eventually you will get an email from Stefan himself, approving you for MSIX App attach.
I didn't message him back, he's probably really busy. 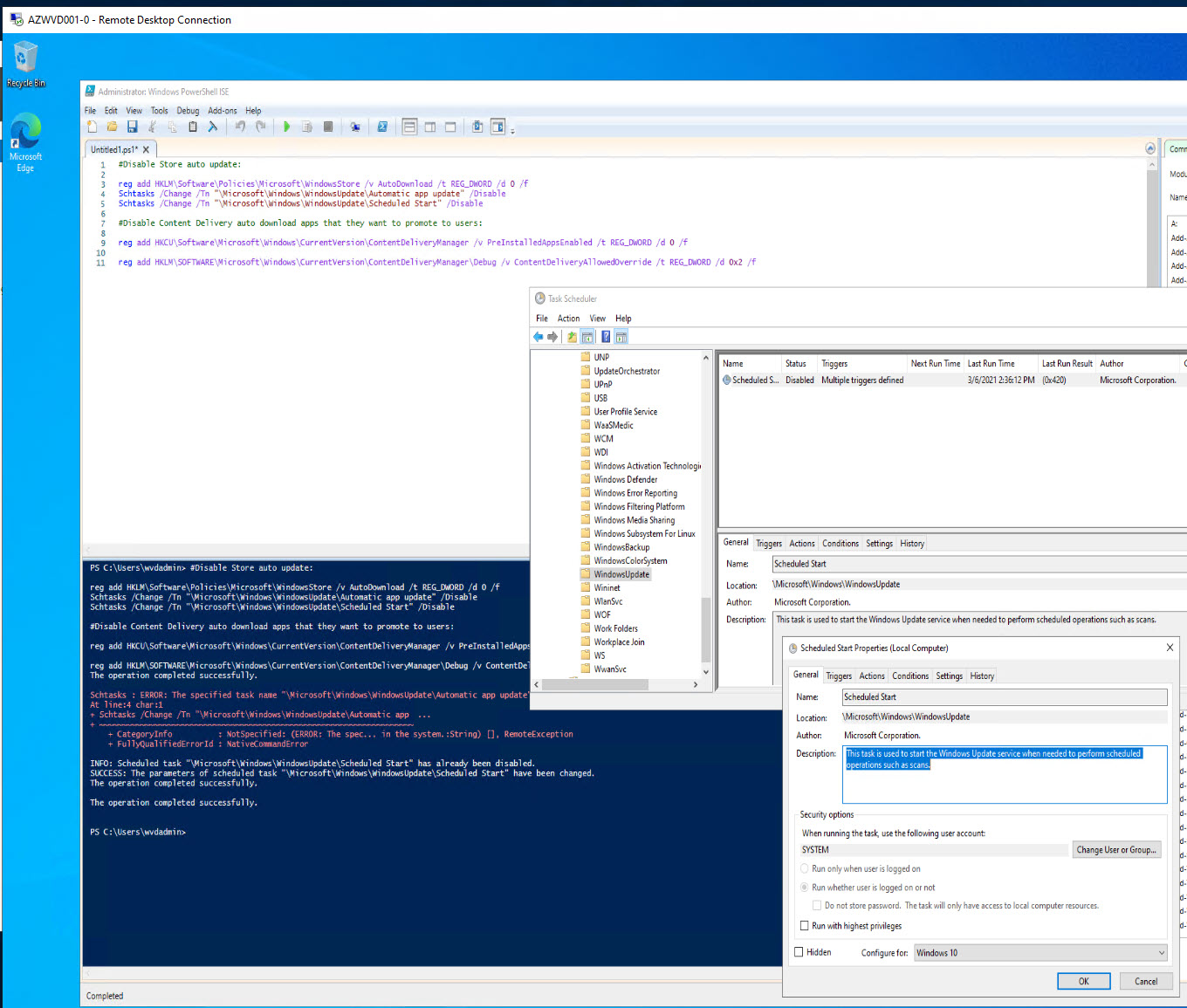 I'll reboot this box now.
In the meantime, I will create an app (7zip) to use in this order:
Look I made quake work in WVD.
So todo the above it's probably best to follow the below video from Dean Cefola as this outlines it very clearly, plus he has cool graphics popping up and it looks like it took a lot of time todo so props for that also.
So once you've followed Deans great video you should be an MSIX pro.
I would say, learning MSIX isn't easy and there's a lot of setup, plus as of now its not been fully released yet either so there's a huge amount of room for change but having a good/basic understanding of the provisioning process will be good to have and feel that its easy win points in the exam is you get lucky.
Implement application masking  deploy an application as a RemoteApp
What is app masking?

So essentially, we install everything to a layer - for simplicity sake we install our apps, printers, fonts and any other LOB applications we need, to the gold image layer or a snapshot of a gold image.
We then use a rule editor to scan the applications installed on the machine, and we use the editor to define what is and isn't masked, and the visibility of those applications is controlled through the use of application groups
A great guide is here: https://docs.microsoft.com/en-us/fslogix/implement-application-masking-tutorial?WT.mc_id=modinfra-17152-thmaure
I think a key thing to note with this approach is, where as in with App Attach the .vhd is layered and for all purposes, that vhd looks to be a part of the file system of the machine, it in actual fact it isnt - its a completely separate entity which we can control externally on the fly as we wish, where-as with App Masking, we would need to load up the image itself and remove/update the applications as/when needed, which may not be a big issue but its worth just quickly looking at the benefits of both, and the cons.
MSIX
Pros:
Cons:
FSLogix
Pros:
Cons:
In my opinion both are great options, however personally I am more keen on MSIX, its the future and will only get better and better, however if you hit limits where MSIX isn't great for everything, then I think a mix of both is an option, I recently mentioned that I think if you have apps that don't work completely due to the VHD mounting process, such as right click etc., then package those guys with App Masking in mind and migrate them to MSIX once the team have improved the solution - at least then you've got some stuff already in MSIX, people are aware of the process to implement and it wont be so difficult to move apps over in the future.
To summarize, both solutions have the same issue, the pros are also their cons, you need to decide what is the better option for your environment, or just use both.
Implement and manage OneDrive for Business for a multi-session environment.

OneDrive provides a robust but simple-to-use cloud storage platform for small businesses, enterprises, and everything in between. Unlike other cloud storage providers, most of the advanced enterprise-focused features in OneDrive are available for every subscription type

I think everyone knows what OneDrive is by now, however the below is handy:
https://docs.microsoft.com/en-us/onedrive/sync-vdi-support
https://support.microsoft.com/en-us/office/onedrive-system-requirements-cc0cb2b8-f446-445c-9b52-d3c2627d681e?ui=en-us&rs=en-us&ad=us
Caveats:
Implement and manage Microsoft Teams AV Redirect

Essentially with Teams, a big decision you have to make is with how you deploy it. The decision is do you want specific users to have Teams or all users that login to the device?

If you install teams for users, then it wont work in a non-persistent environment (non personal), this being one where a user is logging into a different machine (as part of a host pool) each time, however is you were using a personal allocation type, so a user has a set machine or physical box, then you can safely use the below for users.

However, is using a non persistent environment, you should probably be using the second command.

These examples also use the ALLUSERS=1 parameter. When you set this parameter, Teams Machine-Wide Installer appears in Programs and Features in Control Panel and in Apps & features in Windows Settings for all users of the computer. All users can then uninstall Teams if they have admin credentials. It's important to understand the difference between ALLUSERS=1 and ALLUSER=1. The ALLUSERS=1 parameter can be used in non-VDI and VDI environments, while the ALLUSER=1 parameter is used only in VDI environments to specify a per-machine installation.

The below links give more detail, but its simple a case of: 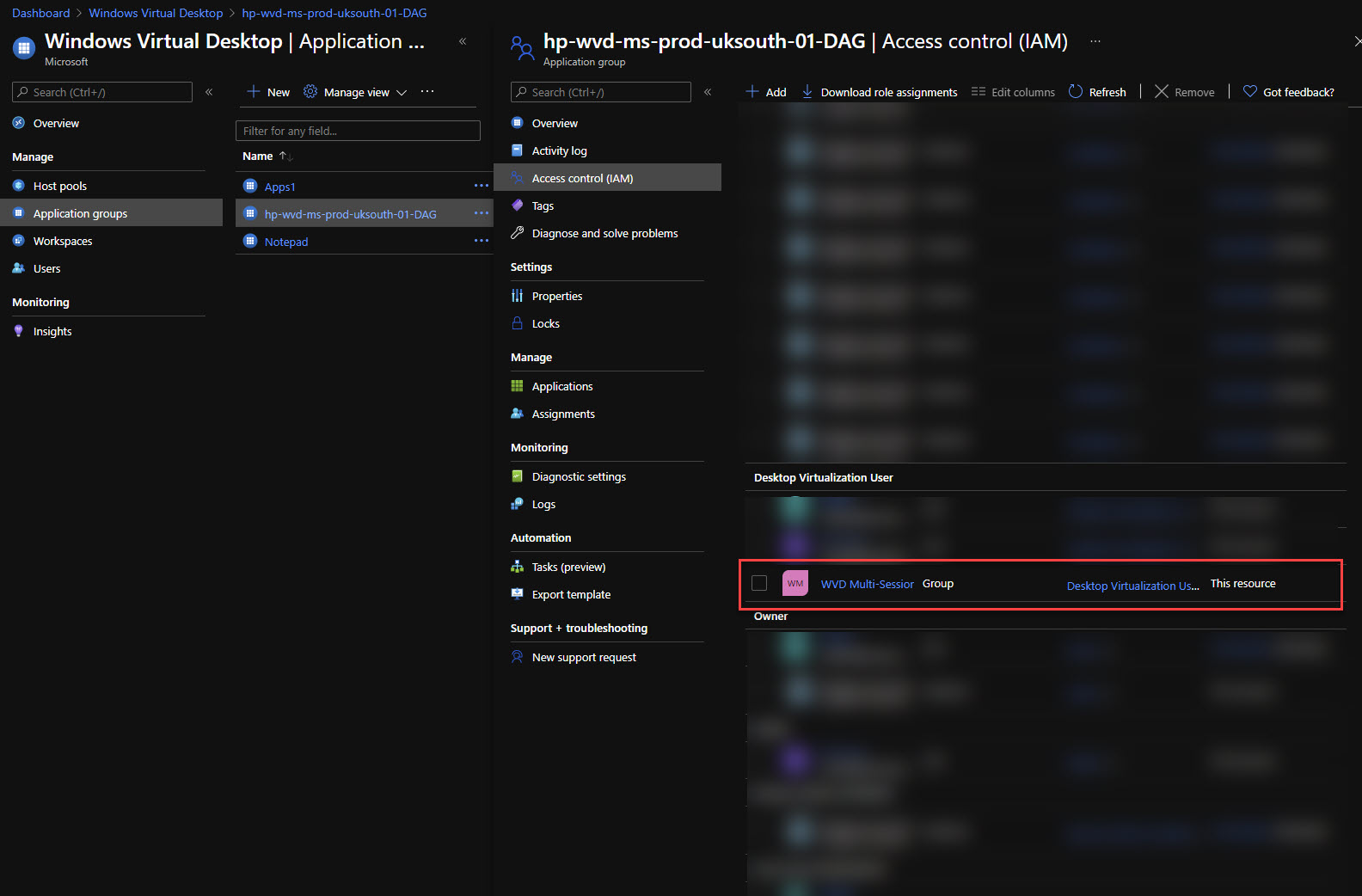 Troubleshoot application issues related to Windows Virtual Desktop
I will finish this section by linking the below for troubleshooting:
https://docs.microsoft.com/en-us/azure/virtual-desktop/troubleshoot-set-up-overview?WT.mc_id=modinfra-17152-thmaure
This part of the AZ140 is in the same realms of information as with producing your gold image, or planning your environment, its a lot of stuff to learn and keep on top of. I have spent the best part of a week in the evenings playing about with mainly MSIX app attach. It's definitely a section you need to get hands on with in your labs to get a good feel for, and even then I doubt until after a few years of using WVD on a daily basis you'll have an expert grounding on it all - I expect this role to be one that's broken down into many sub roles if within a production environment, being a role that you grow with as the technology itself (which is very new) evolves.
Exciting but challenging all the same. 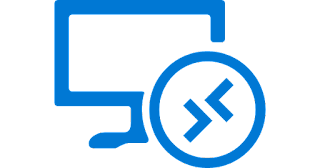